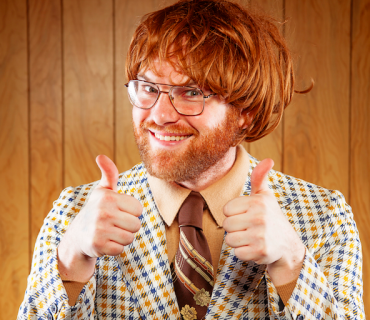 Over the last few months, we’ve had several new clients confess they signed up for our live agent answering service after trying (and failing) to shortcut their customer interactions with automation tools such as web forms, chat bots, online appointment booking, and more. Their goal was to reduce the amount of phone calls they received.

However, they quickly realized that not only did their phone traffic continue to grow… but so did their hangup rates and customer dissatisfaction levels due to the fact they weren’t properly covering the phones anymore!

Nothing in these confessions was startling to us— we’ve been preaching the importance of proper phone handling for years. No matter what new technologies become available, call volumes increase year in and year out. In fact, according to BIA/Kelsey, the amount of phone calls from mobile phones to businesses is expected to top 162 billion by 2019. Now that’s a lot of calls that will need to be answered!

So why do call volumes continue to grow despite the flood of new technologies aimed at decreasing them?

There are several reasons, but one major factor is that technology alone fails to deliver a key ingredient people require: Emotional Connections.

Yes, that’s right— while smiley faces are fun to send in emails, text messages and Facebook posts; unfortunately, they most certainly don’t equal the emotional connection a person receives when speaking with another human being.

Now don’t get us wrong, we are a technology company and fully support the robot movement. Anything that eliminates menial tasks for people while generating more free time to focus on key initiatives, is good in our minds. But converting new customers, and handling existing ones, is in no way menial…

People are calling your business because they are looking to spend money— and it’s widely known that emotions drive buying decisions. Therefore, short-cutting the customer communication process by forcing people into technology (against their will, in most cases) is dangerous. While it may make your life easier, it isn’t helping you become more profitable. Instead, chances are it’s costing you lots and lots of money in lost opportunities.

Remember the last time you called an airline, a telecom company, or an insurance provider? Chances are you were stuck in automation hell! After a few minutes of fighting with their voice recognition software (followed by a loud scream of ‘OPERATOR’), you wondered why you were even doing business with them in the first place? However, you knew their competitors weren’t much better… so you tolerated it.

It’s gotten so bad out there that most people just expect poor customer service from their providers, out-of-the-gate, so they aren’t disappointed when it happens. In other words, crappy is the new norm!

However, did you know that 7 in 10 Americans said they were willing to spend more with companies they believe provide excellent customer service? (Source: American Express Survey, 2011)

How amazing is that? Think about it another way, if you become the one business in your area or industry that actually focuses on delivering a higher standard of phone-based customer service, you immediately win! In fact, the Return on Investment (ROI) on increased expenditures in expanded phone coverage is bound to be massive because you can immediately increase your pricing as a result.

So the next time you are thinking of shortcutting your customer interactions with whiz-bang technologies to bypass live conversations, remember that it’s emotional connections that make the difference. Therefore, OWN THE PHONE and wow your callers with what they really want— a live voice. Your customers (and your wallet) will be glad you did.