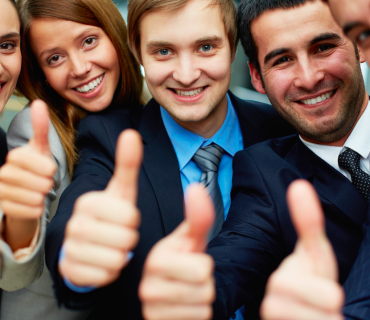 A great way to keep your team focused on delivering better customer service at your business is to run contests. People are competitive—it’s human nature. Furthermore, people love to win prizes. There are lots of different types of contests you can run to keep things interesting for your team while watching your customer service levels soar to new heights.

You do want to be careful about how your structure your contests though, and a lot of that will depend on the makeup of your staff. The key to running great contests is knowing what drives each individual so that you can run contests that will appeal to the majority of the people on your front lines.

Just be advised that you may not please everyone with the contests you run (especially if you have a lot of people that answer phones for you). So be ready for some individuals to tell you they would like the contests and/or prizes changed in some way, shape, or form. Do the best you can to find common ground among your staff and remember that moving forward with any contest is better than doing nothing at all.

Also, chances are you will run lots of contests, so let individuals know that even if they don’t like one contest, you will keep their ideas in mind for future contests; this way they feel part of the decision-making process and are less likely to react negatively to the contest you want to run at that moment.

Below are 5 contest ideas that involve star ratings placed on call recordings (assuming you have call recording in place – if not, adding call recording should be your top priority since it’s essential you monitor performance regularly). We recommend running a contest for one full month, as that gives people enough time to really get into it without the contest dragging on so long that people get bored. You can try contests as short as one week, or as long as a full quarter, but generally they will have the same effect as the month-long contest.

You should mix in individual contests, team contests, contests where you reward just one person, etc. Each type of contest serves a different purpose. Team contests are great because they get your staff members helping each other because they want to win a team prize. However, in some instances, one or two team members may drag the entire team down and force them to miss the prize; therefore, you need to have the individual contests so that individuals can shine as well.

You also want to know the personality of your group extremely well because that will help you make a better decision about what and what not to do. For example, if they are close and cialis 3 day like being around each other, then a contest where only one person wins will work great because they won’t be jealous when only one person wins. However, if there is any bit of animosity between members of the group (which can happen in even the best of groups), then running contests where only one person wins can have a negative effect on the overall team since people may become distraught if they lose (whereas, the team contest may bring them closer together). That’s why you need to think your contests through before implementing them; the last thing you want to do is give out prizes and have your team worse off as a result.

With regard to the prizes, the best advice is to be creative. Find out what your people like most of all and make the prizes fit into those categories. If your team members love being around each other, do a team prize where you pay for a big outing where they can celebrate together. If your team is made up of people who are more individuals than they are a tight-knit group, individual prizes will work better. Sometimes you will want to give away cash prizes, other times you will want to give away something that is more fun in nature that can be shown off around the office. So get creative and have fun with your contests. As long as your team is excited about the prize, that’s what is most important in running a successful contest.