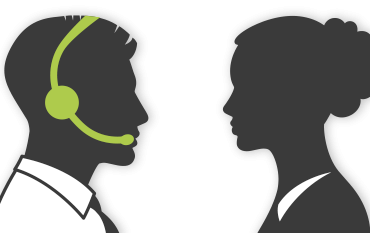 While presenting at the Vegas Cosmetic Surgery Conference last weekend to surgeons and their office managers, several attendees asked what phone training techniques we used to deliver exceptional service with our beloved agents. After handling thousands of phone interactions for hundreds of clients, we’ve found that the best is Role Play: The YesTrak Way.

If you’ve managed a front desk or used a sales script, you’re probably familiar with normal role play…and what a waste of time it can be. We feel your pain; performed improperly, it can feel more like a chore than a path to change. It doesn’t have to be that way, though. If you’re serious about improving your service standard or supercharging your sales, follow these three simple steps:

First off, put a smile on your face: go in to the process with a great attitude. In many Fortune 500 organizations, from Coca-Cola to Google to the board room at Apple, no one is above role play; everyone from the C-Suite to customer care reps participate in learning sessions. What separates the wheat from the chaff is that the best companies don’t just go through the motions — they actually enjoy it. This learning mindset becomes integral to their culture. Employees gain great confidence knowing that they’ll get the time (and support) necessary to develop their skills via role play. Just as importantly, it builds team spirit to know that the work you’re putting in is the same process everyone else has gone through in the past…even the person running the show.

If this is a culture shift for your group, you may find real role playing harder than you thought at first. Don’t let this scare you; it’s actually quite normal, and you’re probably just feeling a bit exposed because it’s a muscle you haven’t exercised in awhile. Stick with it, and your confidence will grow with each session. For managers or business owners, you may leave with a newfound respect for the work your front desk staff puts in…and really, that’s the point of the exercise; we should all learn to walk in each other’s shoes from time to time.

2. Perform in Groups of Three (so you have a Referee).

A)  Divide your team into groups of three people. Each person should have a notepad handy.

B)  Each person in the group will take turns in three unique roles: the caller, the call handler, and the referee. Don’t worry about who starts where; the jobs will rotate after each turn, so everyone will get their fair share of practice.

C)  The caller will pretend to call the call handler, and will act like a particular customer type that your office needs to work on. For example, let’s say your team struggles with callers that immediately want to know pricing. In this case, the caller will then pretend to be a price shopper, and the call handler will have to use the proper techniques to overcome difficult pricing questions. The referee will take detailed notes as to what went right and what went wrong.

D)  Once the role play is finished, the referee will share comments with the caller and the call handler.

F)  You can continue on as many times as you think necessary. We find the best results come when each team member has at least three times through the set; that gives people enough reps to gain proficiency.

By performing role play in this manner, no one feels singled out. Everyone gets a chance to learn a skill, and gain insight in to a process (handling calls) that is really the lifeblood of your business. Interestingly, many people learn the most as referees…you can’t be critical of others until you really come to understand the important components of a role play yourself.

Most bad, time wasting role play experiences share one thing in common: people play face-to-face, instead of on the phone from another room. Let me ask you a question: would you take batting practice without a bat? Probably not. So, it stands to reason that the only way you can improve on the phone is…by being on the phone, right?

Have the caller in one room, on a phone. Have the call handler in another room (so they aren’t influenced by faces or physical cues), answering the call. If space permits, have the ref in a third room, listening on another phone. If that’s not possible, have them sit with the caller so they don’t bias the reactions of the handler.

If you want to take things to the next level, film the call handler (again, without having that person feeling like they’re being watched). It’s great to record the audio with call recording functionality (which we always do as well), but the video exposes unperceived bits of information to the call handler that can make an immediate difference in their delivery.

Interestingly, physical cues like posture, facial expressions and your body language have a tangible effect on the quality and tone of your voice. When people get to watch themselves, while listening to how they sound, funny things start to happen: they sit up straighter, become more conscious of their cadence, and any odd facial tic on the screen, from a furrowed brow to sour face or a bored look, stands out like a sore thumb. As humans, we all have an opinion of how we look to the rest of the world. Video immediately shows most of us that there’s a gulf between perception and reality. Ever hear that tip about keeping a mirror next to your phone so you remember to smile (making you sound more pleasant)? It’s the same principle at work here, but at a much higher level. This is a great maintenance tip for even your best performers, as we all tend to fall back on certain bad habits. The best golfers in the world videotape their swings on a regular basis…and with a smartphone in everyone’s pocket, you can, too.